Why did I take the time to digitize the Suzuki M109R Boulevard?

The Suzuki M109R Boulevard is a very popular motorcycle with many younger riders that don’t want to ride a crotch rocket, but want a bike with some guts, a really good look and lots of custom accessories that are available everywhere. I have a friend on my motorcycle forum thesabrehood.org that bought a M109R and he asked me if I could digitize his bike and make a patch and some shirts for him. He sent me the pictures and I digitized it and embroidered his biker stuff for him.  As the popularity of the Boulevard took off, so did my business for customizing the 109 to match their bikes and doing shirts and hats and patches for them.  One forum that was very popular was mismanaged and went defunct and I can’t afford to advertise on the largest M109R forum, so I rely on word of mouth from my existing customers to let their riding buddies know where to get some great custom embroidery for their Suzuki M109R Boulevard.  The 2 pictures below show what Bernie sent me and the one on the right is a picture he took of the shirt that I made for him. 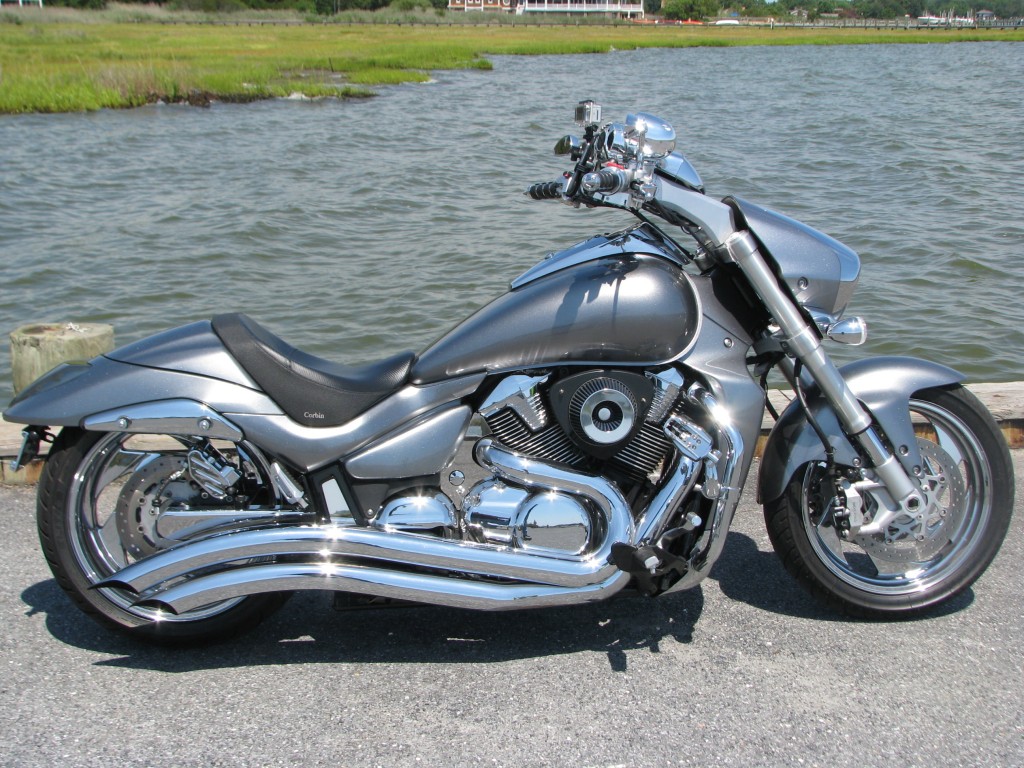 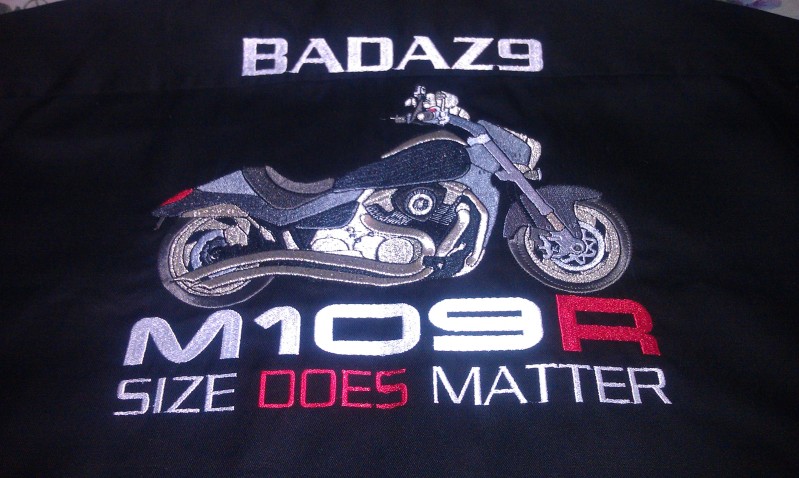 One of my repeat customers asked about getting his highly customized M109R Boulevard on a Charcoal Gray Hoodie.  He sent me several picture from different angles and it took about 10 hours to get all the custom digitizing done to the basic M109R chassis embroidery file.  Below is the animated gif file of the digitizing/stitching process and below that is the picture of the finished embroidery on his Charcoal gray Hoodie.  It took 3 hours to stitch out his bike because of the size and the number of stitches. 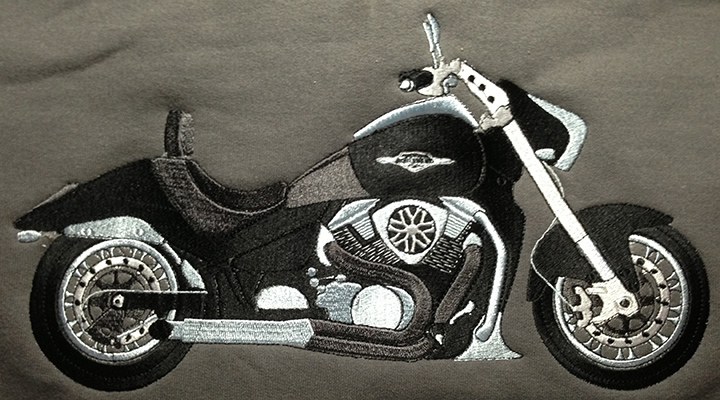 Strategic Air Command 'PROUD TO HAVE SERVED WITH THE BEST" Hat

SR-71 BLACKBIRD Laser engraved Wall Hanging Plaque with T Slot or hanging hardware on the back.

AMERICA FIRST - Take Care of Our Own

MY RIGHTS HAVE NOTHING TO DO WITH YOUR FEELINGS TEE SHIRT

PUREBLOOD! MY DNA IS FINE JUST THE WAY IT IS!

When Tyranny Becomes Law, Resistance Becomes Duty- I WILL NOT COMPLY!

I WILL NOT COMPLY T-SHIRT

I Ride A Goldwing Because Tee Shirt

TRUMP - HE WAS RIGHT ABOUT EVERYTHING!

Proud To Be An American - Spyder Ryder

Daughter of the American Revolution

Son of the American Revolution

Hang Up and Drive Decal

Nobody Cares About Your Stick Family Decal